We use cookies to ensure that we give you the best experience on our website. If you continue to use this site we will assume that you are happy with it.Ok
Myths & Facts 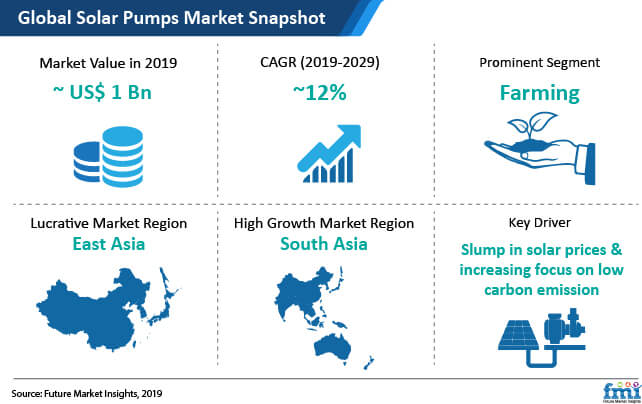 One of the biggest cost-consuming task for farmers in India and other agriculture dependent countries is running water pumps using diesel generators, which have high operating costs. There are still many villages, which do not have a wide coverage to the grid electricity. As a result, solar water pump systems are emerging as a superior alternative to save irrigation cost for farmers as well as electrification cost in remote areas for government.

Meanwhile, solar panels are becoming less expensive, which has created massive acceptance among end users. In upcoming years, the demand will continuously increase, especially in the agriculture sector owing to the anticipated reduction in cost.

The solar water pumps market is primarily driven by government supported initiatives and subsidies provided to consumers on the purchase of solar panels. For example, in India, capital subsidies are offered by the central government through the Ministry of New and Renewable Energy (MNRE) and the National Bank of Agriculture and Rural Development (NABARD). Such initiatives by government is supporting the adoption of solar pumps among consumers from the agriculture sector.

Governments worldwide are actively implementing initiatives to curb the growing carbon emission in an effort to reduce the global warming. Such initiatives have stemmed from the growing dependence on the usage of renewable sources of energy across industries to reduce energy consumption costs and total carbon footprint on the environment. Such initiatives are driving the demand for solar pumps. 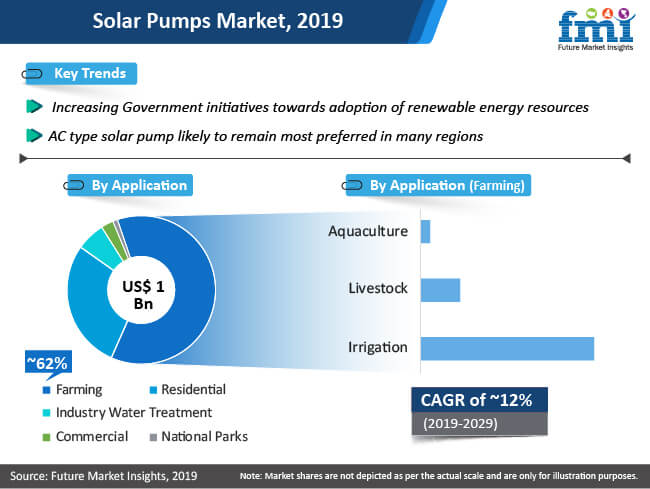 Posted by SolarNexxt / 0
Agriculture is the backbone of Indian economy & it is not wrong to say that irrigation is backbone of agriculture. Irrigation of crops is the... Continue reading

Posted by SolarNexxt / 0
Agriculture is a highly demanding energy sector. Electrical and mechanical power is required in agriculture for a number of activities, including land preparation, seeding, irrigation,... Continue reading

Posted by SolarNexxt / 0
Mechanical pumps have a lot of uses nowadays. They are common in pumping water from wells, aquarium filtering, pond filtering and aeration. When it comes... Continue reading

Posted by SolarNexxt / 0
Researchers have simulated a cart-mounted solar pump which they say would mean farmers in off-grid areas would be able to irrigate fields by paying only... Continue reading